Congratulation on a successful release of The Caster Chronicles: The New World Order Admissions! In order to celebrate the release of TCC (as it is often abbreviated), I would like to extend our thanks to the players who’ve followed our series in the form of these director’s notes! I hope you enjoy them!

From A Director of The Caster Chronicles : Tsuyoshi Ikeda

“Being able to collect cards of cute girls, that alone is fun.”

This became the backbone of our design. Normal card games involve playing cards and then rapidly sending them to the graveyard. It makes sense for things like heinous monsters to die and be sent to the graveyard, but doing the same to cute girls just felt wrong. All the more so if it happens to take a particular character the player liked!

“For starters, let's make a game full of likeable cute girls (without ever sending them to the graveyard), that is fun whether you win or lose!”

That was truly the start of everything.

The read will be quite long...so if you want to skip to the last part, that’s totally OK! (lol)

Since this was the first set, we decided to focus on the block mechanic as the foundation for the set. Rather than having obvious deck archetypes that could be built, we wanted the player to be able to make whatever they thought would be fun. From one perspective, this meant there were many decks to construct. From another perspective, it also meant there wasn’t much direct guidance on building a deck.

Recently, there has been demand for simplifying and making the card game more oriented towards beginners. We have actually tested such design with our designer decks (a deck made to test some design intent), our conclusion being that simplifying the game too much would make the individual games monotonous as well as make the lifespan of the card game itself short. So instead, we decided to design our first set in a way that would allow future sets to remain interesting.

By having our first set have no particularly strong themes and contain thinly spread out components, we allowed our first set to turn into a basis for future augment ability from future sets, thus keeping those additional coming sets fun and interesting, as well as allowing the first set to be a critical item for deck building.

As there was no real deck building hints at the start of the games release, the majority of gameplay was balanced between players with the majority running single color decks. However, some highly skilled players began to branch into multicolor decks and even found an abusable infinite in the game! (As one would expect from the ingenuity of card gamers!) This led to the eventual banning of the card “Play Nice”. The card alone was not too strong, but when used with graveyard recursion decks it could be played continuously every turn. This lead to long, unfun games, leaving us with no choice but to ban it.

While “Play Nice” may be banned, there are still similar replacements so don’t lose hope!

First of all, I would like to draw your attention to the fascinating card back and card border designs. Each design contains details that at first may go unnoticed, yet the more you look at them, to more you discover (particularly in the case of the card back!). Our card back sleeves also have a nice luster, smooth like stained glass, so please do try them!

Servants are this games monsters cards. “So just make monsters!!!” one might think, but we actually have a reason for doing things differently. In order to lower the word count as much as possible, we chose things that were already well known in the world. By not having to explain what our creatures were, we opened up more space for art and abilities, as well as some flavor text.

In order to make our casters stand out more, our illustrators designed them with more exaggerated features. This was poorly received by players (but popular with overseas players!) Knowing this, we decided to design our second set with a bigger focus on ‘cute’ design for our casters. Casters should be cute no doubt, but we hope that each one was able to retain some individuality. We hope everyone is able to find a character they like!

Character designs have to incorporate the attribute they belong to, this was largely left in the hands of the illustrators. The same generally goes for the names and personality of the characters. This is because the stage for TCC is a school academy, and to upkeep that feeling of new students full of life entering the school, we leave the establishment of suitable characters to the illustrators. Thanks to all the wonderful illustrators involved, we have managed to make a wonderful cast of students! You have our heartfelt thanks.

A while back we did a collaboration with the series “Magical Girl Raising Project”. We’ve designed the set this time with the entirety of the anime’s world in mind. For the sake of development, I’ve personally watched the anime in its entirety over four times!

As giving my impressions of the show would take too long, I’ll restrain myself (but of course, I’ve become a fan!). One thing we were wary of during the development process was to not harm the previous games balance. To briefly describe the set, each character from the series reappears and, just like in the anime’s setting, scrambles to collect magic candies. The casters are divided into two forces, justice and evil, in order to make deck building easier as well as to introduce a new keyword ability called “United Front”. This new ability also makes an appearance in our new starter deck “Magical Dream 7”, and might also make an appearance in future sets.

As for card power, this set alone is able to produce strong decks. We were careful to not have this set directly strengthen card from the first set, or decks from other sets. The collector value for this set is very high, we hope you enjoyed it.

We finally released our first follow up set! In it, we introduced seven new Lv2 casters and included two major themes within.

First off, we had the Genpei War (historic war between the Genji and the Heike clans) as a major theme throughout the set. Unlike the first set, this time there was a clear direction within the second set. For players that started this set, we had two factions that were easy to immediately build. One of the two factions, Heishi, was very popular at tournaments it seems! For players that had started with the first set, we also had cards that allowed one to further strengthen their own decks.

Our second theme introduced in this set was SoulBond servants. The idea behind SoulBond was to take casters that had a strong bond with each other and fuse the power of their souls together, calling forth a powerful servant. The secret art cards that we prepared for each coupling were well received!

As a side note, the πth dimension is indeed referring to the 3.14th dimension. In it, our casters battle in an alternate reality slightly deviating from our 3rd dimensional world! Please checkout our homepage sites manga for more info!

In TCC, there have been many fascinating collaborations, some of these appearing as promo cards. We had the challenging task of choosing suitable text for the characters, as well as fitting them into the games environment. From here on out, we intend to continue to do collaborations.

(As a secret bonus to those who’ve been kind enough to read this far, a little hint… prepare.....SoulBond.....take that as you will ;])

Finally, we have caught up to the current set.

For starters, regarding “Magical Dream 7”, it goes without saying that the illustrations are splendid as well this time around! Surely if one had to choose to start playing TCC from anywhere it would be from this starter. It’ll definitely be an enjoyable pickup for both new and continuing players so please give it a try! The themes for this starter are idols and band.

In practice, DCT is a very strong skill!

“The New World Order Admissions” is our expansion set focusing on supporting various existing deck archetypes! Included is a lot of support for the Tengu archetype (did you know there are over 48 recorded legends of Tengu? That’s a lot to work with!), this set will likely redefine how the Tengu archetype is approached. The third set also has a secrets included within. By all means, please enjoy the set.

The fourth set has already finished development. The centerpiece this time around will be as determined by the voting poll all our followers participated in! Thank you to all our followers who have helped supported the casters and helped them grow! Included will be a new system that will change the way magic duels work and, of course, currently existing cards will play a huge role in our new set, so please look forward to its release!

Thank you for reading this far.

We hope you enjoy this sneak peak of the upcoming set...

The person in charge of the 49th generation of students, Shirusu Maga, was looking over the examination scores of the new students, when suddenly he began to mutter to himself. “...How is that possible...Just what is going on?”, Something unexpected had occured. The 49th generation was supposed to be the last generation to make magic contracts with demons.

In other words, starting from the 50th generation of students, the school would become a normal high school like any other. Shirusu was looking forward to finally being able to retire to the demon world after so long. And yet, as he looked at the examination scores, it was clear that the new admits were endowed with magic power. It seemed his retirement would have to wait.

“However, this source of magic is…”

Confused by the sudden development, Shirusu began to look into the source of the new students power. “This is...holy power?”, unable to contain his surprise, Shirusu vocalized his thoughts, when suddenly his phone began to vibrate.

A call from someone introducing themselves as the new director of the 50th generation had arrived. After a short conversation, Shirusu returned his phone to his suit pocket before vanishing into an ominous puff of smoke. Perhaps he could retire after all.

The Caster chronicles collaborate with Force of Will TCG!!

Announcement : The maker of The Caster Chronicles changes

Greetings, guardians. Thank you all for your continued support of [The Caster Chronicles]. Today we’re announcing suspended (banned) cards.

All about Soul Bond Servants and How to Use Them 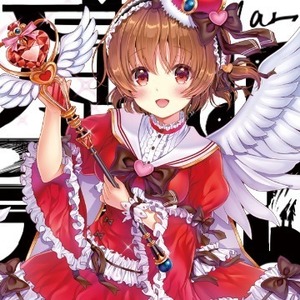 Up to date information on The Caster Chronicles posted regularly to the official Facebook page!